The Transformation of the Church 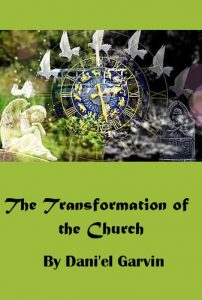 The Church has attempted to go through a reformation under Luther, Calvin, and many other reformers. Through them Catholic canonized scriptures have been translated and made available to all. However, what system were they trying to reform and improve on? The church of today has been heavily influenced by pagan roots. This new perverted form of Christianity goes back to the Babylonian and  Canaanite curse. This is the root system of even today’s contemporary Church. When you draw nutrients & sustenance from a polluted root system, then try to reform a pagan system, you still end up with a polluted version far from original first century Church and what it was meant to be! Learn more in this eye-opening book from Dani’el Garvin.