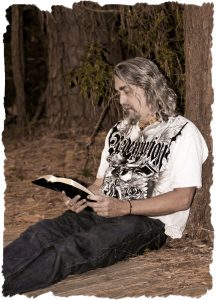 By Benjamin Raven Pressley
I was raised in a Christian home with good parents but in my teens I was tempted with the things of the world and found myself experimenting with drugs, alcohol and sex. It is true what Word says though that if you train up a child in ways of Lord they won’t depart from it (Prov. 22:6). There was hardly a night that I went to sleep that I did not think about if I died I would be in Hell.
There were a couple of things God used to shake me to my senses and draw me back to Him. There was one night I was at home alone and had been taking LSD and mescaline all week and I was hallucinating. This hallucination though was different than anything I had ever experienced though for this night I had a ‘visitation’. It was a dark night and there was no moon light and all lights were off in my house. Then I saw him, a figure darker than the dark. The silhouette of a man in robes. He beckoned me to go outside and I would tell him “no”. He was persistent and once had me as far as the door and I pulled away and ran back to my room. After three times he left. I then turned to look at the doorway and the doorposts were moving back and forth like they were breathing. I fell into my bed and I had the illusion I was laying in a bed of old slimy fishing worms, and I couldn’t get up. Then as I looked at the ceiling I saw a bat like creature with a mouth big enough to swallow me whole come screaming out of the ceiling! After I was saved I pinpointed the date (I remembered it because I had just came back from a Jethro Tull concert that night) and my Mom told me they were having special prayer for me that night. I have no doubt I was visited by a demon that night and my Mom’s prayers and God saved me from possible destruction that night. I remember trying to call several so-called friends that night to come and help me through this ‘trip’ but none would come. I remember as I reached for the phone snake-like creatures wrapping around my fingers with human faces laughing at me. Truly God protected me that night. 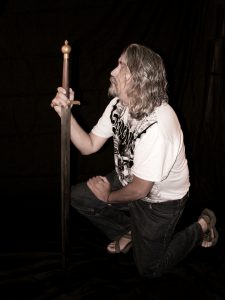 Not long after that I lost my job and the house I was renting. I turned to my ‘so-called’ friends who would not take me in. They were my ‘friends’ as long as I had a place to party and had alcohol and drugs. My parents invited me to move back in with them and I did. I was 19 years old. Then a friend of mine was picked up for armed robbery, he was only 16 years old. In the jail he was raped by inmates. By the time they moved him to a safer cell his mind must have already snapped and he hung himself with a bed sheet. It was at his funeral as I was looking at his lifeless body that the Holy Spirit spoke and said “that will be you if you keep living the way you are living.” I was speechless. I went to the gravesite and stayed by his grave long after everyone had left. When I turned to leave there was one guy that waited for me and said, “do you want a ride?”. He took me home and I went to my room. My Mom came to the door and said, “Are you alright?”. I rudely said, “Just leave me alone!”. I stormed out of their house and started walking feeling drawn to the church where the funeral was held a couple of miles away. On the way there the voice of the enemy was all around me as he said, “Where are you going?”. I said, “Leave me alone. I’m going to the church.”. They continued, “What for? God doesn’t want you. You have done too much wrong.” I said, “If God doesn’t take me back then you can have my life this day!”. I finally got to the church and the pastor was there. He told me later that he started to leave several times but kept getting phone calls that caused him to stay. I know now it was God that kept him there. Before he prayed with me he looked me right in the eye and said, “Are you really ready to serve the Lord?” That moment my whole sinful life flashed before my eyes. I knew that I had to mean it. This was it. No turning back. I said, “YES!” At first it seemed like nothing was happening. I continued to cry out to God and ask forgiveness of my sins. Finally, it hit me and literally it was like a heavy weight was removed from my shoulders. I was free! That was Nov. 3, 1975 and not long after that I was empowered/baptized in Holy Ghost Nov. 5 (Acts 1:4-5, 8, Acts 2) and I have served Him since. I have made mistakes along the way but I love Him too much and have no desire to turn back!

One more thing about my early days as a Christian and as a child in church; I was raised in a church that was very legalistic, very strict. They didn’t believe in shorts, tank tops, movies, women couldn’t cut their hair or wear pants. The first movie I ever saw was when I was 13 years old. It was The Cross and The Switchblade. When I got saved I went back to that same church and in my zeal tried to live up to their standards only to find I began feeling more bound than before I got saved. My experience with God though was too real and it was based on my relationship with Him not religion. I basically grew up thinking God was an angry old man on a throne with a sliding board waiting to send me to hell for the least little thing. That perception haunted me many years. It probably has only been in past few years that I have got to know a God that loves me so much. He is pleased with me because I have believed on His Son, Jesus.
I have been through much tribulation as a Christian but I still say there is nothing in the world like Jesus. Life sometimes is tough even after you give your life to Him but it is better to go through trials and tribulation with Him than without Him. I have been laid off my job of 17 years and a job in computers for another 12 years and was laid off. I have been divorced and I was  raising two kids on my own until 2005-2012. I can truly say though even when it hasn’t been easy in the midst of it all God has been faithful and has never ever failed me. He has held me and sometimes carried me when I could not stand. He has provided for my family and I, He has healed us when we were sick. I have been betrayed and friendless many times but through it all I have learned that I can’t change anyone but myself. And as long as I keep my eyes on Him and stand on the promises of His Word He will bring me through. The joy of the Lord is my strength, it says in Word in Nehemiah 8:10. Joy is there when happiness is long gone. The enemy doesn’t want your stuff. He wants your joy because he knows if he can rob you of that he has your strength.
I would tell anyone to this day God is there when no one else is. It is not about religion it is about relationship. He will speak to you from His Word and from your heart as you spend time with Him in His presence. You must read and study His Word, The Holy Bible, and pray. Both are important. Learn who you are in Christ, most believers really don’t know. It is about what He has done not what we have done. I try to tell people to stop beating yourself up and thinking you have to earn His favor. He loved us so much He gave His perfect Son so that we could be saved. How shall He not with Him freely give us all things, Word says in Romans 8:32. You can’t be bad enough and you can’t be good enough to earn it. If you could Jesus would not have had to die on the cross. He was the only one good enough. He loves us so much! 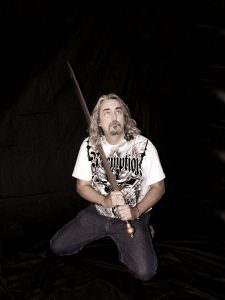 I believe the mission that God has called me to at this point in my life is to equip the believer both old and young in Christ. I believe it is my mission to clear away the confusion and hype and teach believers foundational truths, truths that will keep them when in the midst of the storms of life, truths that will teach them who they are in Christ and what HE has accomplished, truths that will expose the enemy and what the weapons of our warfare are and how to deal with the enemy. I believe it is my mission to disciple and to make others into not only disciples but also to make them into disciple makers. I love Him so much.

Benjamin Raven Pressley continues to live in relationship with God and continues to be a follower and disciple of Jesus Christ. He has written many books. He has recorded podcasts, Bible studies and meditations. For more information on what Raven is up to and access to all these resources and more visit his website at WALKING SPIRITUALLY. Also visit his Youtube channel called LESSONS LEARNED. 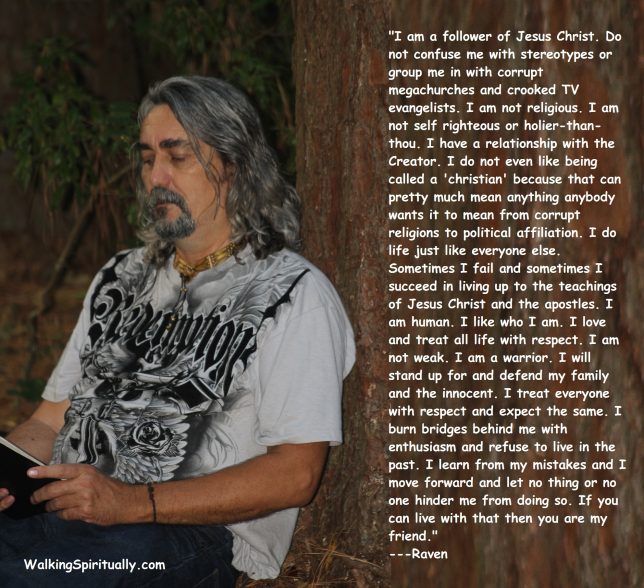 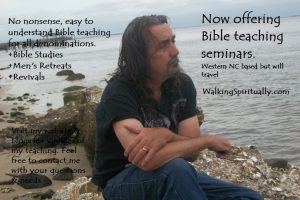